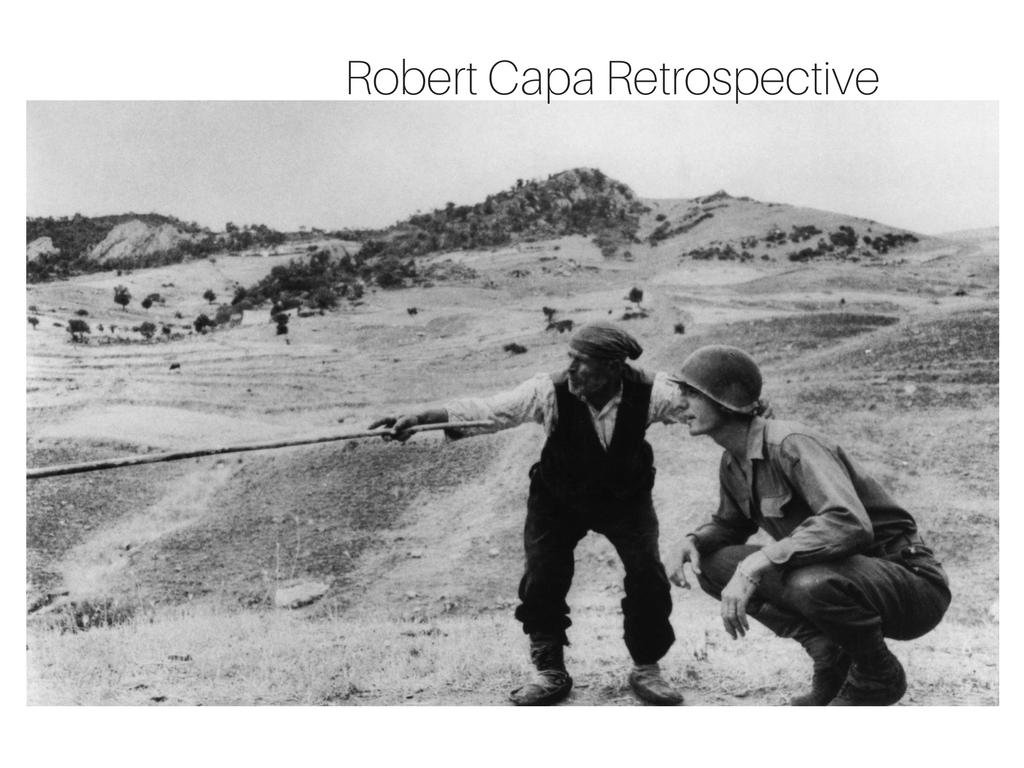 One of the greatest photographers and photojournalists, Robert Capa, in exhibition in Palermo until the 9th of September. A great chance for photography lovers to admire the most important works of the hungarian photographer.

Robert Capa, whose real name was Endre Erno Friedmann, co-founder of renowned photo agency Magnum Photos, is widely considered one of the most influential figures in photography.

A comprehensive retrospective of Robert Capa’s work exploring some of the most prominent photojournalism of the twentieth century is open at the Real Albergo dei Poveri in Palermo.

The exhibition “Robert Capa Retrospective”, which takes place from 25 April to 9 September 2018, is supported by the Sicily Region Department for Cultural Heritage and Sicilian Identity in the framework of the events celebrating Palermo as Italian Capital for Culture 2018 and organized by Civita in cooperation with Magnum Photos, and La Casa dei Tre Oci.

The exhibition includes 107 photographies that Robert Capa shot in the period between 1936 and 1954, the year of his death in Indochina, where he was killed by a land mine.

Another special section includes the photographies that Capa shot during his period in Sicily, where he arrived in 1943.

Audio guides in italian and english, included in the tickect price, will be provided to all the visitors.

For more info about the exhibition: Civita

To buy tickets, you can click on the following link: Robert Capa Retrospective tickets

If you are spending some days in Palermo, read my article “Palermo, what to see in the city”.

Palermo, what to see in the city

Travel tattoos, some ideas for you

Would you like to travel to the cheapest destinations in the world so you won’t spend a fortune? That’s...